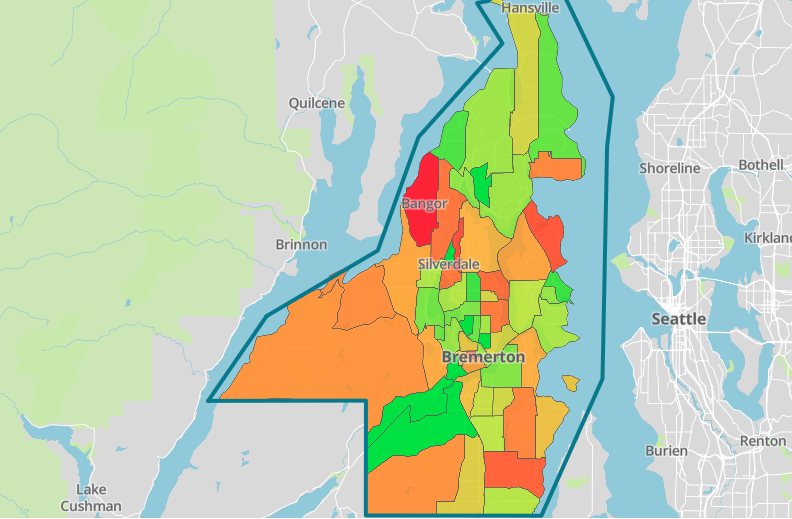 After a full decade of preparations and a system that offered online, offline, phone line and in-person data collection, the preliminary data from the 2020 Census is in. The numbers already shine some interesting light on Bainbridge Island, especially in the context of Kitsap County as a whole.

While the growth on Bainbridge has certainly been appreciable, it is actually one of the slowest-growing places in the county. What is perhaps more interesting is that the growth on the Island has been varied from neighborhood to neighborhood, and still contains other elements that can surely raise an eyebrow or two.

The official current Bainbridge population is now 24,825, living in 10,115 households across the island. That number is up by 1,800 residents (or 7.8%) over the past 10 years – which averages out to an Island annual population increase of less than 200 people.

Within the county, Bainbridge has the lowest rate of increase since 2010, far below that of the Kitsap growth leader Port Orchard (which has 5x the rate of Island growth). 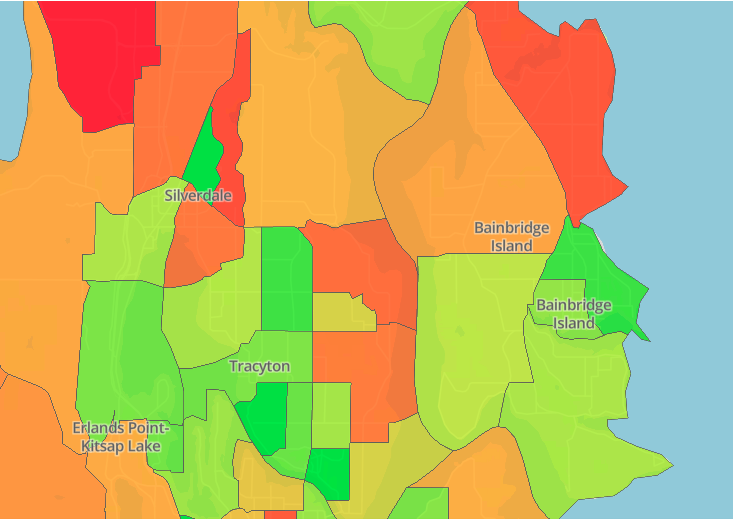 Bainbridge Island is divided into 5 census “tracts” and there are marked differences from one to another:

Overview: Over the past ten years, growth was focused on Winslow, in line with the City’s Growth Management Plans.

However, there are only 6.3% more housing units on Bainbridge for those 7.8% more people, leading to occupancy rates in excess of 90% (up 7.3% from 2010) and resulting in the upward pressure on house prices evident in recent years.

More information on the County’s 2020 Census data is available now from The Kitsap Sun’s DataCentral.

Full details from the 2020 US Census are to be published next month via the official United States Census Bureau website.