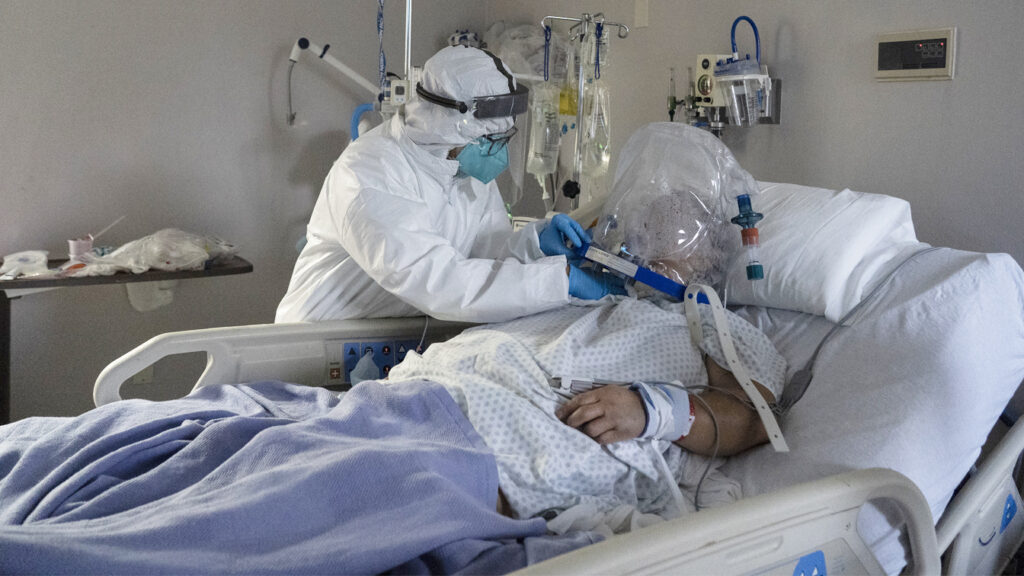 The Kitsap Public Health Board is agreed about one thing – we are in the middle of a serious public health crisis. But they are far from agreed when it comes to what to do about it.

At Tuesday September 28th’s special meeting of three County Commissioners and the mayors of Poulsbo, Bremerton, Port Orchard and Bainbridge Island (represented by Deputy Mayor Kirsten Hytopoulos) compelling stories were heard from the fire chiefs of the Central Kitsap and Poulsbo departments and updates from the associate chief medical officer at St. Michael’s and the director of Kitsap County’s Department of Emergency Management.

Our local hospitals are beyond full (especially the emergency rooms) to the extent that local fire and rescue ambulances are regularly waiting more than 30 minutes to offload emergency patients at St. Michael’s in Silverdale. That is an average, but waits can be often over 60 minutes, and in the case of a recent Bainbridge Island EMS crew, up to three and a half hours. Things have gotten bad enough that ambulances are now regularly rerouted to Harborview, Tacoma and other distant hospitals. St. Michael’s has also postponed all non-essential elective surgeries (such as hip or knee replacements) until further notice.

Despite the recent slight fall in overall cases of COVID in Kitsap, the cause of the hospitalization problem is made clear by the numbers: 83% of all COVID patients at St. Michael’s are unvaccinated. And the cases presented by the unvaccinated make up the vast majority of the overload in county Emergency Rooms.

As in so many ERs all over the United States, the problem is made worse by the hospital being understaffed, which means that the staff that are on shift have now become overworked and overwhelmed.

As the meeting’s centerpiece, Kitsap County Health Officer Dr. Gib Morrow requested specific guidance from the Board on what steps to take to begin to remedy the problem.

As recorded in the meeting agenda, “while the Health District recognizes that vaccination requirements are a complex and controversial topic to some”, Morrow opened up discussion around 5 potential courses of action:

After around 20 minutes of open discussion, all participants agreed that the best course of action would be to get more people vaccinated for COVID as quickly as possible, but when it came to the possibility of a county-wide mandate to require all Kitsap businesses to ask for proof of vaccination from all customers, there were wide differences of opinion (with the representatives from Bainbridge and Bremerton most open to the idea if required, and the other members in opposition on the basis of not wanting to further burden local businesses with enforcement). Recognition was made of the King, Clallam, and Jefferson County decisions to recently introduce just such a mandate.

As a suggested alternative to those 5 actions, the possibility of mounting a more robust public education campaign was floated, even after such a campaign has already been attempted for several months and has not yet had a measurable impact on the current emergency.

As this was an information-gathering special meeting intended to set the scene for public comment, no specific action was expected or confirmed today.

UPDATE: After an hour of public comment around requiring customer proof of vaccination in Kitsap County at the Tuesday, October 5 meeting, the County Public Health Board voted to table a decision until the November 2 meeting so that more input from OSHA can be collected.from 10:30-11:45am, the Board will take up the discussion again and public comment will be very much welcome.

That meeting’s Watch agenda and Zoom link will be posted on the County Website in the next few days.